Aviation Fabricators (AvFab) opened for business in Clinton, Missouri in 1980 to revolutionize the way Corporate and General Aviation interior parts are supported. Company founders G.R. Lowe and Jeff Lowe responded to their customer’s requests for interior refurbishment products that would enhance the value and versatility of their aircraft along with providing Certified Repairs that would return interior parts to service in a timely manner.

AvFab now has well over 150 unique Supplemental Type Certificate (STC) products and Foreign Approvals on many products, all of which can be shipped globally. You can trust AvFab since many of our products are offered as optional equipment by several aircraft manufacturers on their new production aircraft. 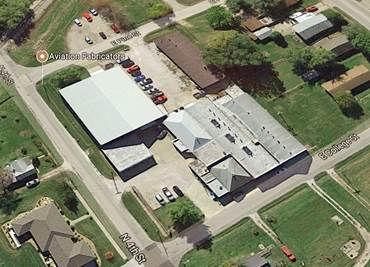 AvFab has recently turned considerable attention toward supporting Special Missions and ISR aircraft seating needs. These products include developing a Beechjet Operator’s Seat for the US military T1A “Jayhawk”. AvFab also supplies High-Density Seats, Observer Seats, and special missions Divans that are in place with domestic and foreign governments and military entities around the world.

Innovative Products and Services to Meet Your Needs:

By listening to our Customer’s needs, AvFab has developed unique FAA Certified Repairs for many interior parts. The AvFab team prides themselves in quick-turnaround, high-quality repairs, many of which are offered by no other company in the world!

An example of this is AvFab’s pioneering of the quick-turn around overhaul of Hydrolok (and similar brands) Seat Recline Cylinders to “like new” condition at the fraction of the cost of a new replacement cylinder, all with the same warranty as new!

AvFab’s sister company, Central Airmotive, supplies new and serviceable OEM interior parts to the aviation industry. With over 90,000 square feet of warehouse inventory, we are your source for new and used cabin-class interior parts for single and multi-engine piston, turbine, and biz-jet aircraft.

AvFab partners with missionary and humanitarian relief agencies that are meeting needs around the world. It starts with listening to the needs of these agencies, and then providing effective and affordable solutions to help them serve others. Aircraft seating and medical stretchers are two practical ways AvFab has come alongside agencies such as Missionary Aviation Fellowship (MAF), Jungle Aviation And Radio Service (JAARS), and Alaska Village Missions (AVM), empowering them to minister to those they care for.

MAF contacted AvFab in 2019 to ask for help in developing an economical medical stretcher that could be stowed in the cargo pod or baggage compartment of MAF Aircraft including the Cessna Caravan 208 and the Daher Kodiak 100. The result is the AvFab “Stowaway Stretcher Kit,” that can be installed in the Caravan and Kodiak, and also the King Air Series and Pilatus PC12. Always having a lightweight, compact stretcher kit stored in the corner of a cargo pod, baggage compartment, or wing locker of a King Air, is a game-changer with missions work. It’s no exaggeration to say these stretchers will be a lifeline for those in remote areas who would otherwise be unable to receive transport for medical care.

Years ago JAARS developed enhanced crash-worthy seats before they were even a requirement by the FAA. JAARS has retrofitted many Cessna 206 & 207 aircraft over the years with these safety-first seats. In 2021, JAARS approached AvFab about building the seats from the JAARS designs with an FAA-recognized agreement between the two organizations. AvFab is now producing the seats for JAARS and JAARS distributes them around the world, potentially saving lives along the way.

The AvFab partnership with Alaska Village Missions started back in 2020 and in 2021 AvFab “sent,” team-member Jeff Lowe along with his wife and son to Alaska to support missions work the organization does in the Eastern Aleutian Islands and Alaska Peninsula using the Cessna 206 pictured above as most villages are only accessible by road. Despite the Lowes being gone several times a year for a month at a time, the AvFab team goes on with business as usual. While other partnerships focus on physical needs or aircraft safety-enhancements, this partnership is centered around sharing the gospel of Jesus Christ and making disciples via aviation.